Geographic Information System - GIS – is a system for entering, storing, processing, and visualization of geographic data. From the technical point of view GIS is a tool which allows the analysis of interrelated:

Objects represented by means of a map are:

An example of a multipoint in which each point is defined as belonging to one of 3 groups. 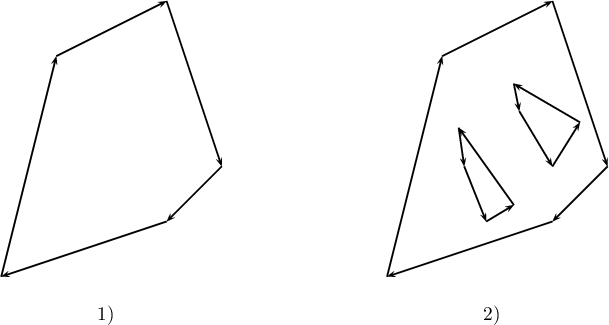 Object attributes are entered into the base in the form of:

Map projection is a mathematical method of mapping the surface of the Earth onto a map surface. There is a number of methods for such mapping. The mappings can be based on a spheroid or on the surface of a ball (a sphere), or on a part of either of them. Each mapping forms the basis for defining an appropriate coordinate system. Because each projection of a surface entails certain distortions (distortions of angles, areas, lengths), the choice of a proper system depends on the aim for which the map is to be used.

Coordinate systems used in cartography are classified as:

For a map to be loaded correctly, the program PQStat requires a vector map saved in a SHAPEFILE (shp) type of file and defined in a proper Cartesian coordinate system, with line scale.

A map with the attribute file assigned to the map can be loaded via:

Import of a Shapefile (SHP)

Import is made by choosing the menu option File→Import data…→SHP/SHX/DBF ESRI Shapefile (*.shp). 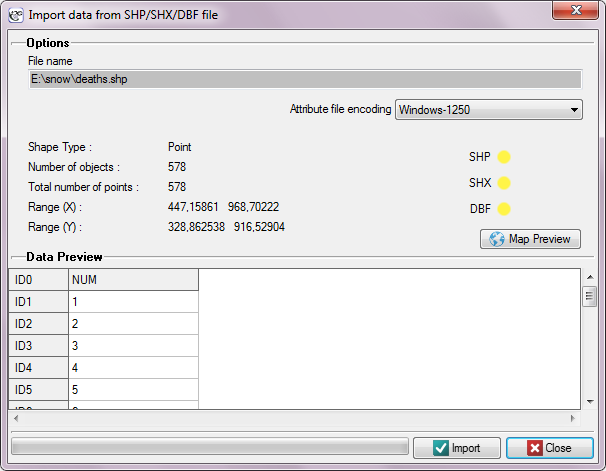 In the import window we can preview the imported map and its attributes saved in a DBF file. If the directory from which we import contains all files necessary for loading the map then the correct reading of appropriate files is confirmed in yellow by proper controls. Attributes ascribed to a shapefile, in the form of a DBF database, are not required for proper loading of a map. An attribute table can be completed after a map file has been loaded, by filling in proper cells of the datasheet linked with the map.

How to reduce a workspace

Geometric calculations are formulas (read the User Manual - PQStat (Chapter: Formulas)). The formulas can pertain data which describe map geometry and data visible in a datasheet.

Data for transformation are chosen from a shapefile (SHP) 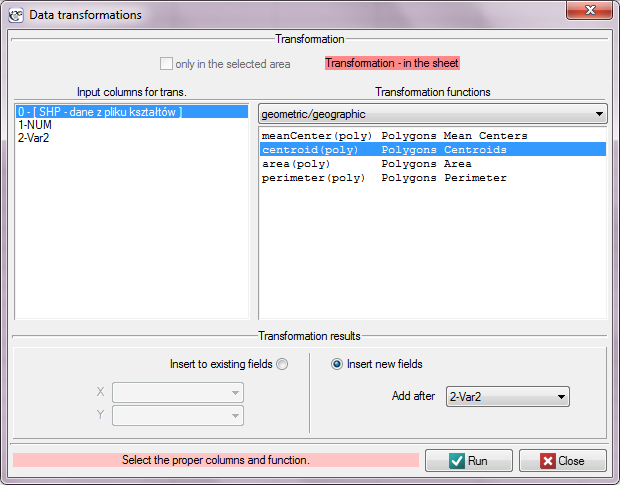 Verification of statistical hypotheses is checking certain assumptions formulated for parameters of a general population on the basis of results from a sample.

Formulation of hypotheses which will be verified with the help of statistical tests.

Each statistical test gives the general form of a null hypothesis –

and of an alternative hypothesis – 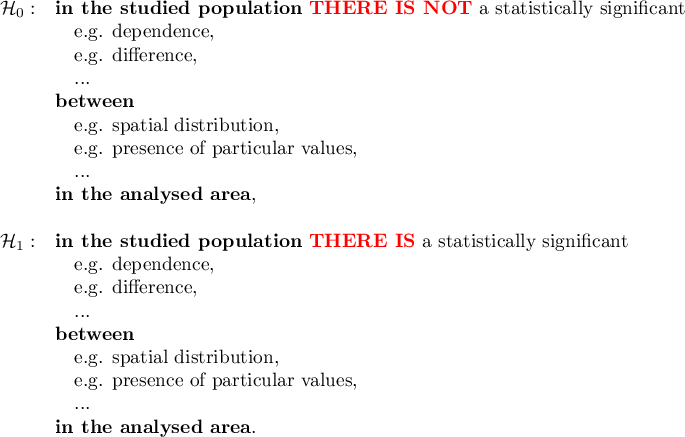 To check which of the hypotheses,

, is more probable, we select a proper statistical test.

Test statistic of a chosen test, calculated according to its formula, is subjected to the theoretical distribution appropriate for that statistic. 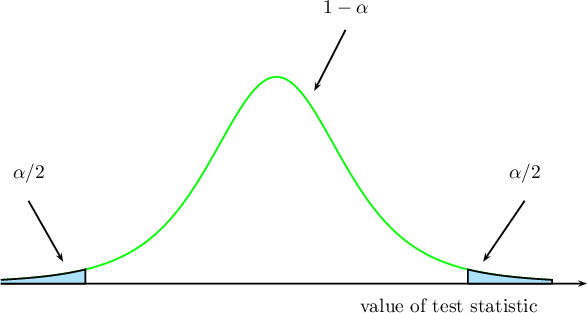 The program calculates the value of a test statistic and

-value for that statistic (that is the part of the area under the curve which corresponds to the value of the test statistic). Value

is chosen with the acceptance of the premise that in 5\% of situations the null hypothesis will be rejected being a true one. In special cases a different significance level, e.g. 0.01 or 0.001, can be set.