Reliability analysis is usually associated with the complex scale construction, in particular summary scales (these consist of many individual items). Reliability analysis, associated as its internal consistency, informs us to what extent a particular scale measures what it should measure. In other words, to what extend the scale items measure the things that are measured by the whole scale

When every scale item measures the same construct (the correlation between the items should be high) we can call it reliable scale. This assumption can be checked by calculating the matrix of the Pearson's correlation coefficient. Many measures of concordance can be used in reliability analysis. However, the most popular technique is the

coefficient was named for the first time in 19511), by Cronbach. It measures the proportion of single item variances a and the whole scale variance (items sum). It is calculated according to the following formula:

is calculated according to the following formula:

– mean of all the Pearson's correlation coefficients for (

Alpha can take on any value less than or equal to 1, including negative values, although only positive values make sense. If all scale items are reliable, the reliability coefficient is 1.

There are some values that help in an assessesment of particular scale items usefulness:

– the Pearson's correlation coefficient between halves of a scale.

A formula for the split-half reliability coefficient proposed by Guttman (1945)4):

– variance of the first and the second half of a scale,

– variance of the sum of all scales items.

The scale is realiable if the scales reliability coefficients (

Standard error of measurement is calculated for the reliable scale, according to the following formula:

The settings window with the Cronbach's alpha/Split-half can be opened in Statistics menu →Scale reliability. 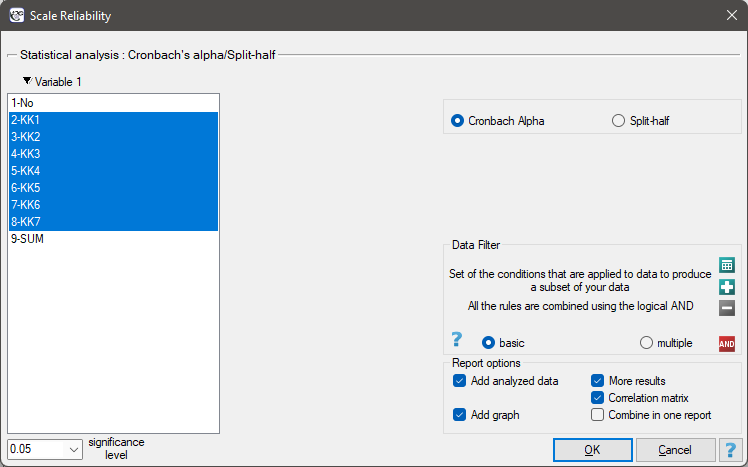 A „competence scale”, created in some company, enables an assessment of the usefulness of future employees. Apart from participation in a job interview, candidates fill in the questionnaire that includes the „competence scale” questions. There are 7 questions in the scale. For each question, one can get 1 - 5 points, where 1 - the lowest mark, 5 - the highest mark. The maximum score of the questionnaire is 35. In the table, there are scores obtained by 24 candidates. 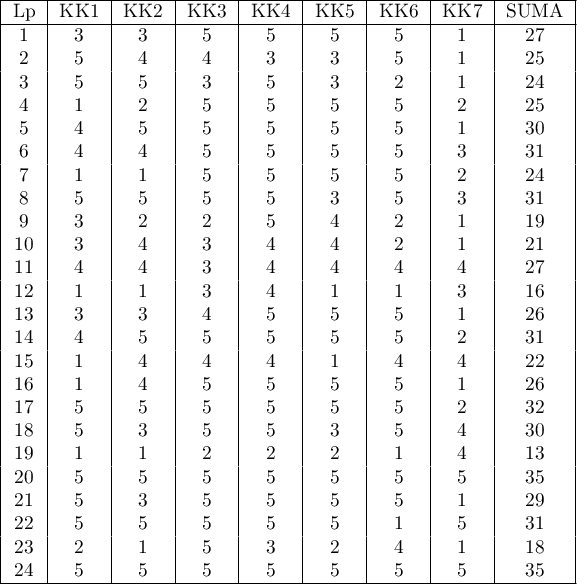 For checking the accuracy of the „competence scale”, the reliability should be analysed.

The correlation matrix indicates that the last item is least correlated with the other items. Thus, it is suspected that the item does not measure the same construct as the others.

The competence scale turned out to be a reliable scale. Cronbach alpha coefficient is 0.7368, and mean of all the Pearson's correlation coefficients is 0.3185. 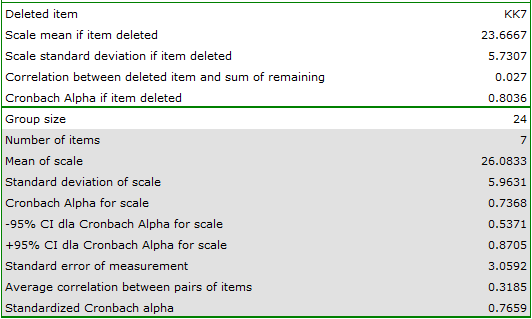 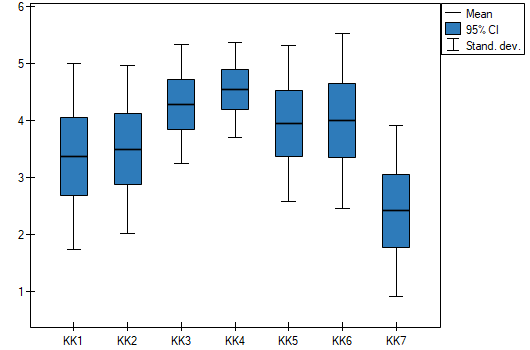 A more precised analysis of each item indicates that, except the last one, they all influence scale reliability in a similar way. Correlation between the KK7 item and the other scales items, is the weakest: 0.0270. Removing the KK7 item from the scale, the Cronbach alpha coefficient would increase to 0.8036. 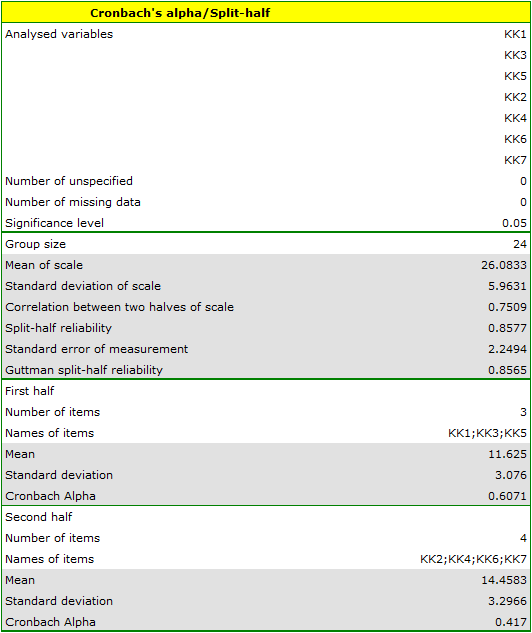 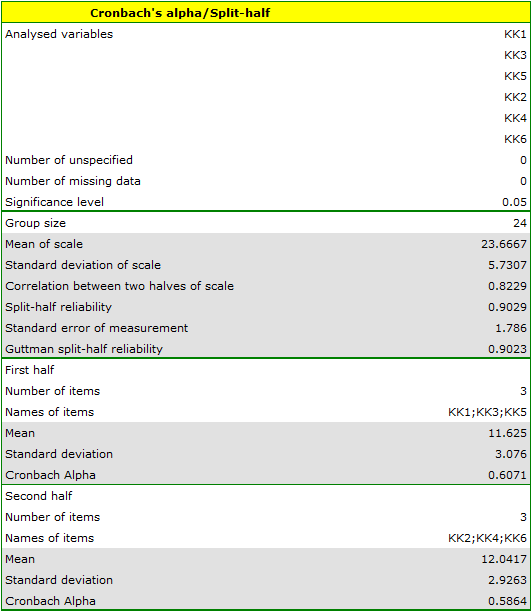